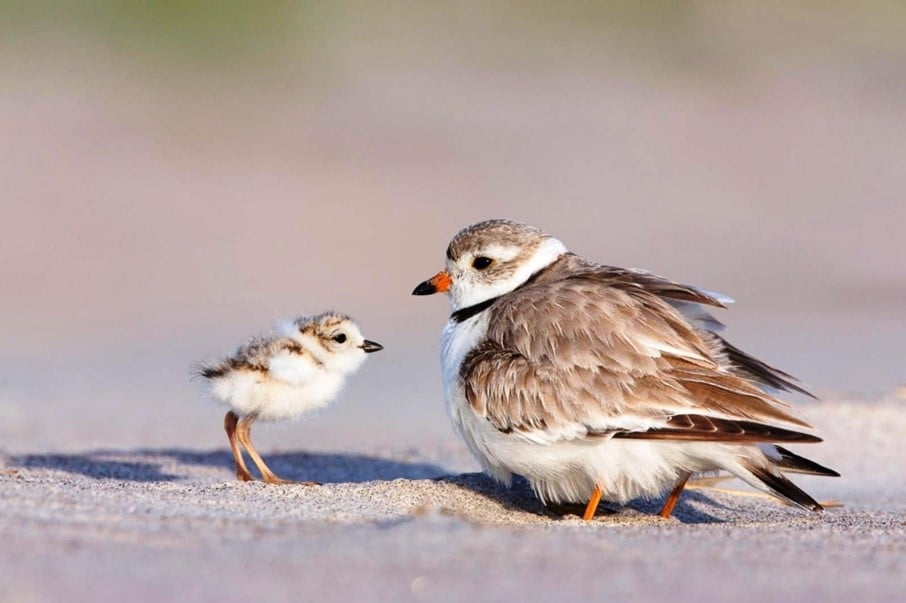 Educator and ornithologist, my good friend Brian Mulcahey has been helping a team of conservationists in the stunning Duxbury conservation area, an hour away from Boston, Massachusetts. With his field work season in Honduras cancelled due to the coronavirus pandemic, he tells us about the opportunity he’s had to help rediscover and conserve native wildlife in his home state.

We can’t deny it. COVID-19 lockdown has inevitably taught us to appreciate what we have here at home and discover the wonders of our native fauna & flora!

In this article, he has given some invaluable insight in dealing with local communities and enforcing access restrictions to protect local wildlife. And most of us know how well that goes…  As a visitor experience assistant for the RSPB, I have patrolled the forest trails trying to keep the baby birds hiding in the undergrowth and the ducklings by the shore of Loch Garten as safe as possible. I’ve been called the ‘gestapo’ on social media for asking a local to keep their dog close and often had the difficult task to ask people to leave.

But leaving the unpleasantness aside, Brian tells us about a unique conservation success story:

Before walking back to my car at the end of my shift, I raise my binoculars to my eyes one more time. I scan the sand for movement. I count aloud, 1-2-3-4…5… and 6. The piping plover brood I’m monitoring has taken in an additional two from another adult pair a bit north on the beach. There are other shorebirds around as well. I spot least terns taking advantage of the outgoing tide for an afternoon feed. The hovering appears to hover endlessly until it finally swooshes into the water for a fish. Willets whistle and whine as they fly over my head back towards the dirt road. An osprey casually flies southward, scanning the surf below for a fish worth its weight. Crustaceans are here too, of course. Still, as a native to Massachusetts, I’ve never seen horseshoe crabs shuffling under the surf trying to mate and feed before today. What a beautiful place, I think as I return to my car.

Duxbury Beach Reservation is a place I had never visited until picking up a seasonal position as a Piping Plover Monitor this summer. Approximately an hour southeast of Boston, Massachusetts, the 12km strip of land (only 7km is now protected against development) stretches north to south, with the town of Marshfield at its top and Gurnet and Saquish down at the bottom. It is considered a barrier beach, meaning it lies parallel to the mainland and is composed of a dune system. Shaped like a reversed capital “L,” the beach acts as a buffer against high velocity waves and storms for the town of Duxbury to the west.  At its most narrow, the land only stretches 200m wide, allowing even a young child to see water on both sides from the one dirt road.

Originally, the land was purchased in 1919 by the Duxbury Beach Association, but very little was done to protect the integrity of the dunes themselves. Residents who grew up in the area may still recollect their father cruising his Cadillac convertible right over the grassy dunes for a picnic.  “Pick a spot, any spot, honey. Then hand me my packet of Lucky Strike cigarettes,” he’d probably say. After Hurricane Carol slammed the coastal region in 1954, the citizens of Duxbury realized they needed to preserve their barrier beach if they wanted to adequately protect their town.

Eventually the dunes were built back up, permanent fences put in, and native vegetation allowed to regrow. It is still an annual task to maintain the dunes and it may increase if and when sea levels rise due to Global Climate Change. Today, there is still space for non-resident beach goers to soak up the sun, but most of that space is now designated at the northern zone of the beach. And if you’d like to bring your 4×4 vehicle down to the beach, you can only access the oceanside on three designated spots.

Sorry Grandma, you’ll have to leave the dune buggy in the garage for now. It’s plover season!

Run as a non-profit since 1975, the Duxbury Beach Reservation is not only responsible for maintaining the land in as much of its original state as possible, but also the wildlife that live there. Specifically, it has become a designated nesting area for threatened seabirds, including the least tern and the piping plover. The piping plover is listed as Threatened under state law.

A species once found throughout the Atlantic seaboard, their numbers have dwindled to only 1800 pairs on the entire Atlantic coast, making each area of habitat vital for their long-term survival. As one tip of the Duxbury conservation trident, the Plover Monitor looks over located nests, keeping an eye out for predators. The other two are the field technicians who locate nests beginning in May, and the Predator Team that eliminates unprotected species such as fox or racoon who may prey upon the birds. Each monitor is given a section of bay side, of oceanside beach to cover within a greater zone. Each section will contain one to two groups of chicks, also known as broods. If the chicks have hatched, the family group is often found first by the “pip” sound from one of their parents, usually close by.

For most of the monitors, this position is the first taste they will have conducting wildlife field work.  The team of forty-or-so individuals is mostly composed of eager college students on summer break or young locals tired of shucking lobsters and clams. Thanks to COVID-19 and the predictable cancellation of my summer research in Honduras, I was lucky enough to join this motley crew for my summer at the 11th hour. Trust me, it’s better than spending your summer inside. The team is taught how to collect data and enter data, enforce conservation rules to beach visitors, and move fencing appropriately around the areas the broods use. Most of the time, you’re completely alone. As one of the supervisors likes to say, “It’s easy money.” Still, it’s eight hours standing with constant sun exposure and high temperatures, some days reaching 36 Degrees.

The most nerve-wracking part of a monitor’s day is when a brood decides it wants to cross the road between oceanside and bay side. What a drama! Will the baby chicks survive the onslaught of jeeps, land rovers, and the biggest Chevy trucks you’ve ever seen? Yes, they will thanks to us! To the frustration of the drivers just trying to enjoy a day out of the office/living room, these crossings don’t always go quickly. Sometimes a chick will decide to just stop and sit in the road for no reason at all. Last year one crossing lasted over three hours. Thankfully, a new plan was put into place to make sure crossings didn’t take more than 30 minutes per driver, but these are the times when you feel more like a crossing guard than a biologist.

This seems like a lot of effort and “helicopter parenting” just for some birds. Besides their small stature, the plovers’ reputation isn’t particularly stellar with locals. In other parts of Massachusetts, there have been incidents of people deliberately destroying nests, so the adult birds have no reason to stay. In my short time working, the vast majority of interactions with the public have been positive. “The problem is the renters who don’t follow the speed limits or restricted zones,” one resident of Saquish told me.

Although her sentiment seems to be the majority in my brief experience, there have still been weekly altercations with affluent and entitled locals. “I’ve always been able to let my dog off a leash… don’t give me s***!” one visitor yelled at me as we both looked at the “Leashed Dogs Only” sign. Clearly for some people, conservation of wildlife or the people that consider it a priority, are not respected.

Why should we care? The piping plover, a bird worth fighting for

As an educator and an ornithologist, I always try to answer that ultimate question without passing judgement: “Why should we care?” What makes these birds so in need of all this money and manpower. It’s just a stupid bird after all. Survival of the fittest and all that. Let them die out if they can’t adapt.

Let’s start with the logistics at Duxbury Beach first. Certain beach sections are only closed as needed, the average amount of time being six weeks. Each nesting pair hatches up to four eggs and the chicks only need 25-30 days to fledge or be able to fly. So please Karen, go walk your dog somewhere else. Also mentioned above, the birds have already lost 95% of their original habitat to human development. Massachusetts alone accounts for 35% of their remaining breeding ground. Duxbury’s conservation area also provides habitat to dozens of other local flora and fauna, thereby protecting the plovers protects other species as well.

Piping Plovers have evolved to be master athletes. On their first day outside an egg, a baby chick can travel up to 800m on the beach.  I’m told that only one adult here has a band on its leg. “Pinky” as it is lovingly referred to, received the band in the Bahamas last year before making its way to Duxbury Beach.

If the fact that these birds fly this distance twice a year and aren’t considered worthwhile for protection, then their overall cuteness should be. The chicks are tiny little puffballs when they’re first born and perfectly camouflaged. It still takes a keen eye and a good pair of binoculars to catch all the chicks at once. If they want to find food just below the sand’s surface, they use a strategy called “foot trembling” which vibrates the food around their jiggling toes. The adult pairs are also dedicated parents, protecting their chicks from predators such as gulls, grackles, and terns much larger than they are. On hot and rainy days, a plover adult will allow the chicks to find shelter under their wings and down.

Although I’ve been fortunate to travel the world working to protect wildlife, it’s been oddly satisfying doing the same so close to home. As of this writing, Duxbury beach has a record number of 23 active nests and a higher survival rate of chicks than other parts of the state. Still, there is concern that Duxbury beach could become a sink population. This is where the population is only supported by newly immigrating adults to keep the population stable over time. The hope is that with these new intensive monitoring efforts during their most vulnerable time, the chicks will have the best chances of survival and the local population will continue to grow.

Thanks to the long term thinking of some residents over 100 years ago, and those individuals running Duxbury Reservation’s most recent efforts, the plovers’ protection makes Duxbury Beach a unique success story in wildlife conservation.

Disclosure: Duxbury Beach Reservation is a non-profit with a multi-faceted mission and many stakeholders. It must juggle to maintain the barrier beach and adhere to state and federal laws and permits. This article represents the opinions and viewpoint of its author alone, who is not a full-time employee of DBR, and should not be considered as a representation or voice of Duxbury Beach Reservation. 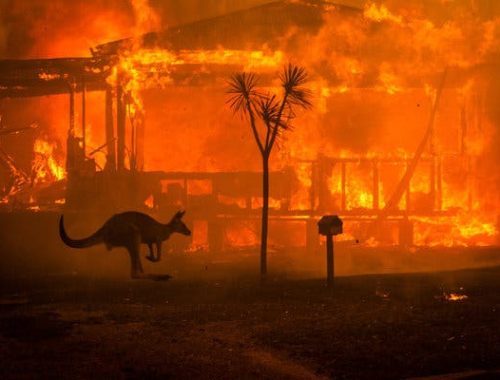 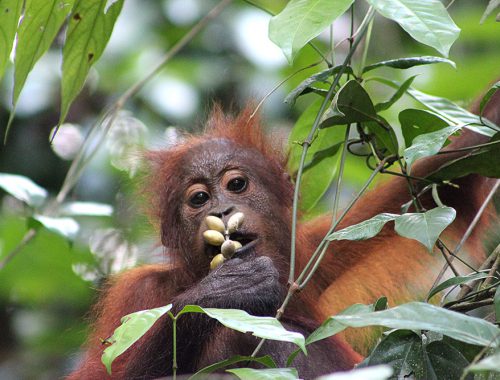 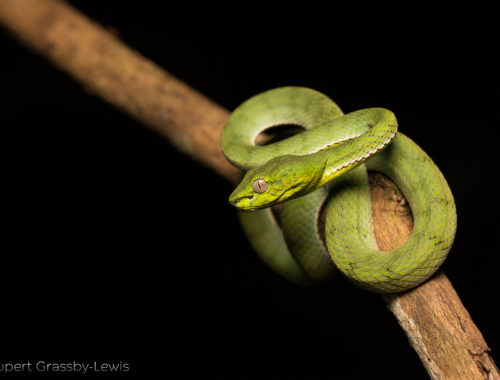